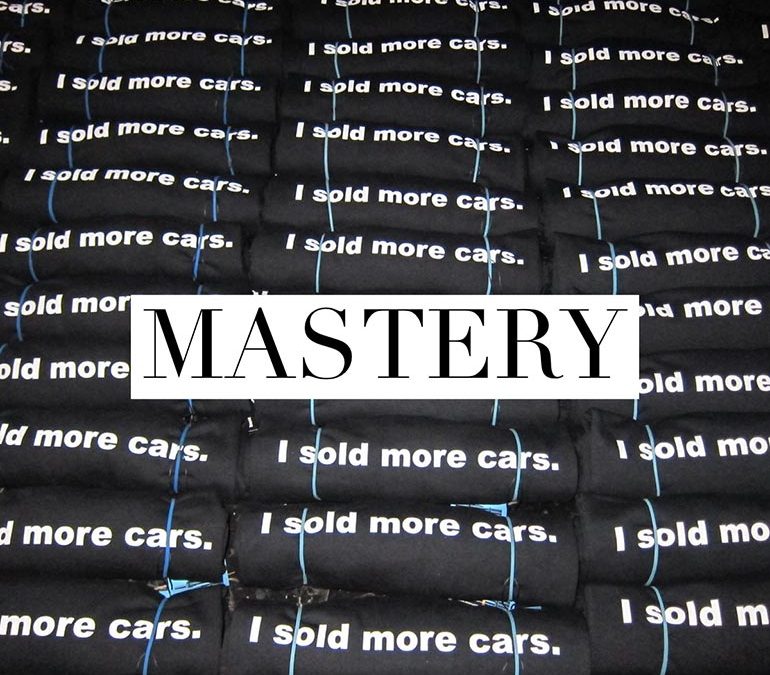 When asked by TV host Charlie Rose what his advice was to aspiring performers, Steve Martin replied, “Be so good they can’t ignore you.”

I’m sure being in the automotive marketing business you’ve given a lot of thought to the subject of “success”. As car people we’re used to thinking of success  mainly defined by the number of cars sold. As a provider of automotive direct mail and online digital services, that’s the ultimate measuring stick by which ADS is judged to be a success or failure: how many cars did we sell?

But the real secret sauce isn’t in the number of cars sold. It’s in something that happens long before the sales results. I describe it in a word — it’s MASTERY.

It’s an old-fashioned word that makes people uncomfortable, but that’s only because it’s something that eludes most people.

It’s something that truly belongs to you, for always.

Personally, it’s worth it.

If you’re up for it, MASTERY MATTERS  IT IS THE DIFFERENCE MAKER. If you achieve mastery, you can then freestyle and unleash your creativity to execute new ideas that can give you a competitive advantage. You’re also more than likely to be wildly successful and prosperous. So decide to master your work, project, or skill and go for it!