We’ve had a long-term relationship with the Jim Glover Auto Group. They are a well-respected Dealership Group in Oklahoma. In the past, we have helped them with direct mail campaigns, Outsourced BDC, and an overall digital marketing strategy. In 2020 we helped them ramp up their Facebook Ads Campaigns during the global pandemic and sell more cars. This allowed their buyers to shop online, have their vehicles delivered, and really have a contactless experience. 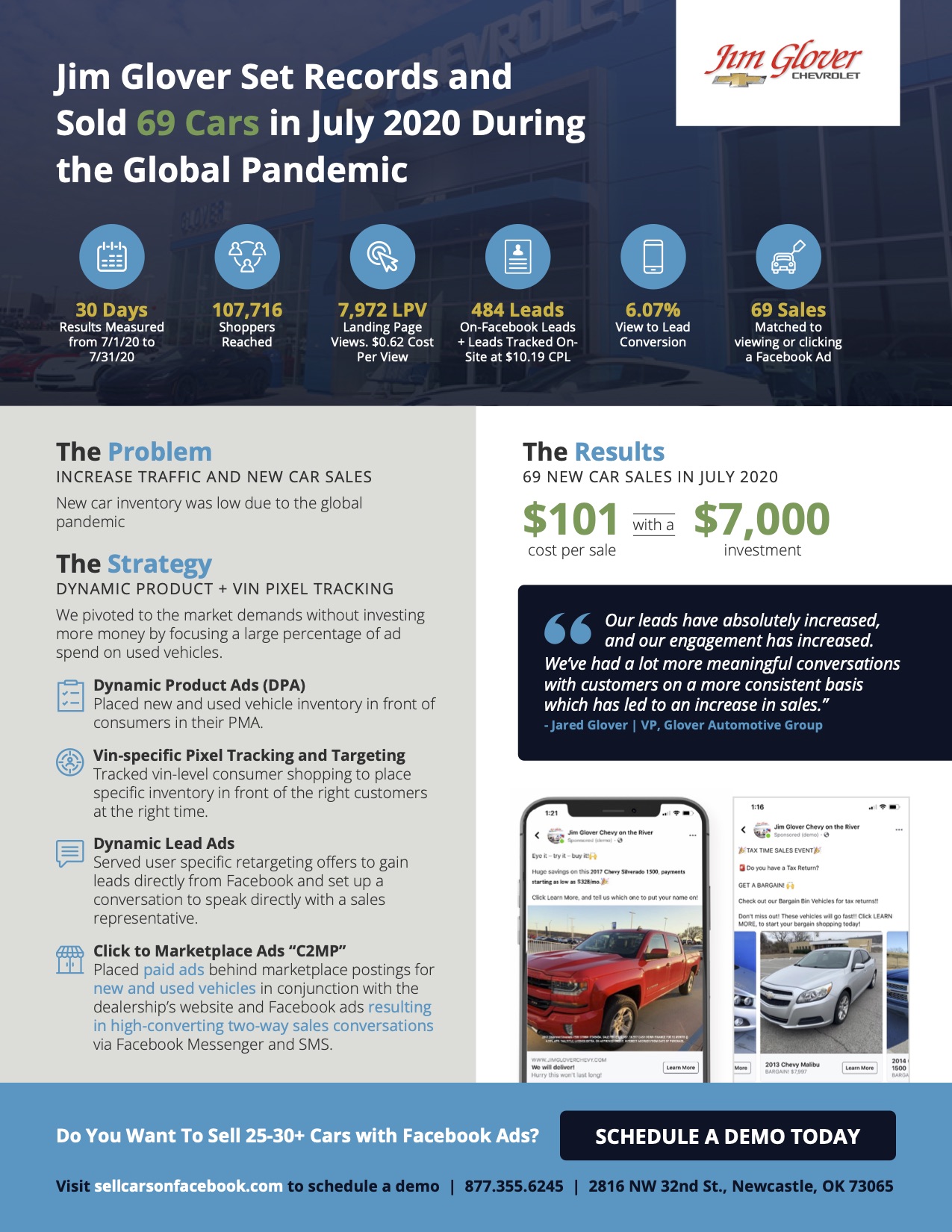 We helped them take the next step to complement what they were already doing on television. Their leads increased, their engagement increased, and they had more meaningful conversations with shoppers on a consistent and daily basis.

In the month of July alone, they sold an additional 37 units at Dodge store and 51 units at their Chevy store.

Both dealerships set new sales and volume records. The Chevy store was consistently #1 in the state of Oklahoma and their Dodge store #1 in Tulsa.

They wanted to expand their reach, and tailor their existing message to a social media platform. For years, Jim Glover shared that he was looking for an agency that offered custom solutions, and not just cookie-cutter offers. They have valued the one-on-one relationship that they have with ADS. “They understand our market, they prioritize local dealers, and make sure that they are always available. Both our team and their team are all on the same team,” says Jim Glover.

Looking for similar results using a Facebook Ads Strategy? Schedule a demo with one of our agents so we can learn more about your dealership and see if we can help drive more traffic and qualified leads to your store.