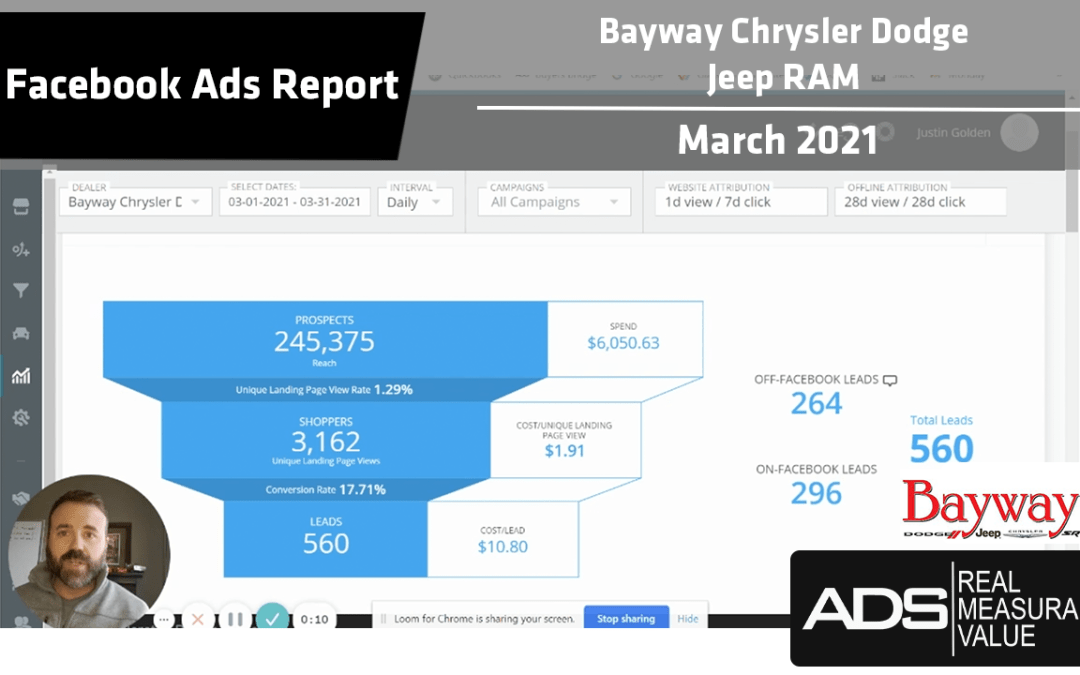 Hey guys, hope you guys are having a great start to spring here. Just a quick video, looking back at our Facebook Ads for the month of March, we got all our sold data uploaded and had a pretty good month compared to February.

Of course, February was a shorter month, so we wanted to produce more leads and we actually improved our conversion rate from around 15% to almost 18% in the month of March, produced 560 leads, a really good mix between off and on Facebook leads too.

Sent a lot of people to your website who interacted with and made a phone call or filled out a contact form as well as creating a lot of on Facebook messages and on Facebook lead forms, our cost per lead went up just a little bit.

We were around $8 in February, so we went up just a little bit above $10 for the month of March. Hopefully we start to bring that back down. Still really happy with around $10 cost-per-lead.

We’ll keep that all day, especially if our conversion rate stays above 15% right now, and it has in April so far as well.

So, for all the cars sold for the month of March, people who interacted with our ads and saw our ads, we attribute 70 sales and a cost per sold to $86.44. So that’s a little bit better than it was in the month of February as well.