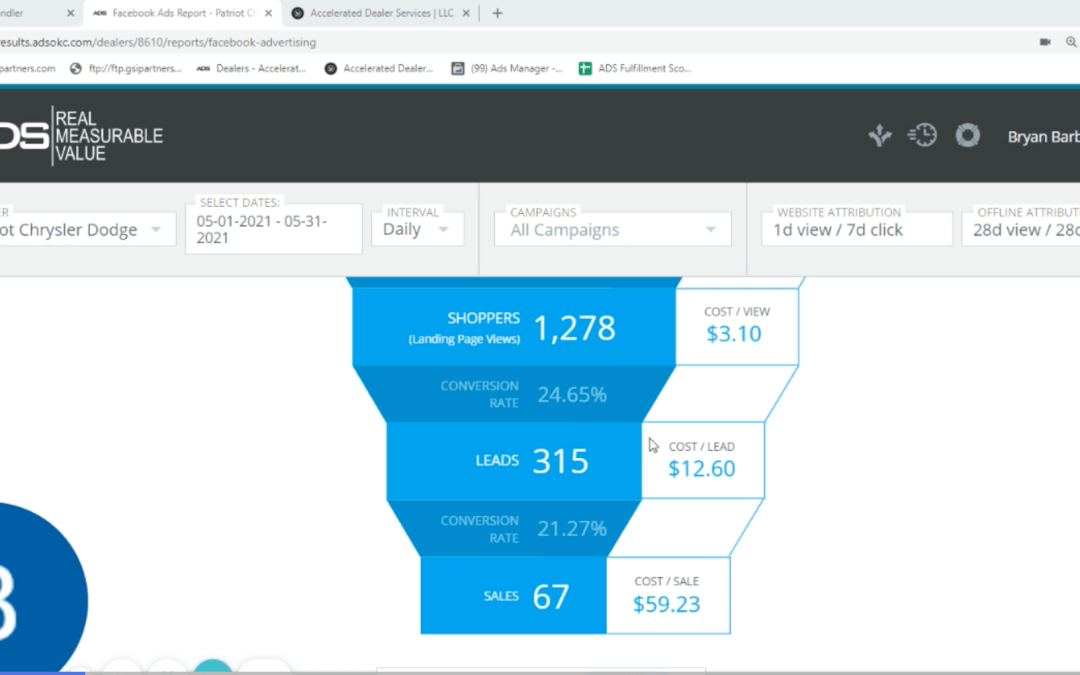 We act as a true partner to our dealer clients, taking initiative to manage your Facebook Ads Account effectively to send you qualified leads directly to your CRM. We send out bi-monthly reports so you can know how your ad dollars are being spent. If you are looking for a partner who delivers results over excuses, and who maintains solid communication with you and your team, look no further. Book an expert session, so we can share how we can help your dealership sell more cars using Facebook Ads.

Hey guys, Brian here with ads, just a quick video to recap our Facebook ads for the month of May Overall, we had a really great month compared to April, And we’re looking to carry the momentum through June. So just to get started, we had 315 leads on our Facebook ads that had a cost per lead of $12 and 60 cents. That is a bit higher than we’d like to say, and it was a bit higher than April.  Our goal for June is to drive that lead cost down just a bit more, bring it below 10. One thing to take into consideration is this greatly improved conversion rate of 21.27%.

So last month it was about 8.5%. So huge improvements there. And overall that contributed to 67 sales with a cost per sale of $59 and 23 cents.  So those are really great numbers. They’re now taking a look at our snap autos, or we had 679 total conversations and out of those 679, 369 of those were leads sent to your CRM. So that’s an overall conversion rate of 54%. So good numbers there with the snap autos, good numbers with the Facebook ads, looking at an overview of everything. We had a cost per lead of $5 and 80 cents with a total of 684 leads sent to your CRM for the month of May. Uh, so overall really great numbers. We’re looking to carry the momentum through June as I said and launch new Facebook ads with new ad copy, just to bring that cost per lead down just a bit more, if you have any questions, don’t hesitate to reach out, talk to you later.