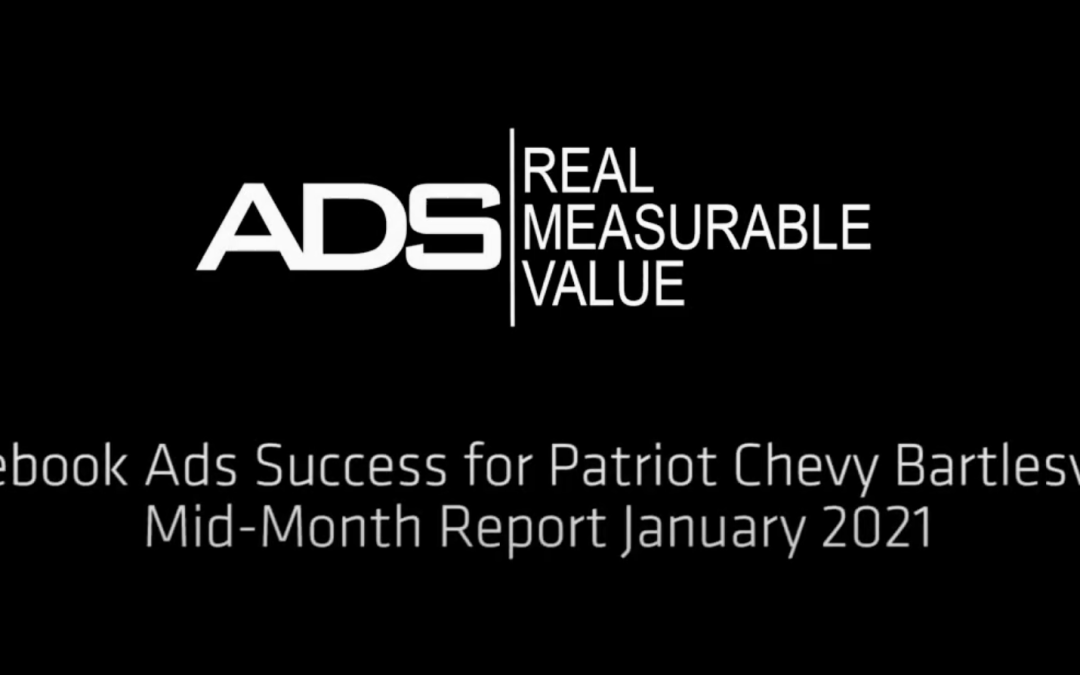 Justin here with ADS and a quick look at your mid-month report for January.

So, a little over halfway through January, numbers look really good. We’re on pace to beat December’s numbers in almost every metric so far.

So we finished December with 200 leads, a conversion rate around 11%, which gave us a cost per lead, a little higher than $20, $21 and change for cost per lead, which is great.

25 is really the threshold where I would start to be concerned with wanting to keep below $25 per lead.

Like I said so far in January, we’re really kicking butt. So 160 leads. So we’re on pace to weigh outnumber December.

So some new ad copy, some refresh has putting them in front of the right people is a recipe for success for any advertising. And that’s what we’re doing so far in January.

I look forward at the end of the month to tying in some sold data and also just reporting on how we hopefully will have smashed the metrics for the month of December here in January. Look forward to talking to you guys in a couple of weeks. If you have any questions between now and then, feel free to reach out and hope you guys are having a great start to the year. Talk to you later.