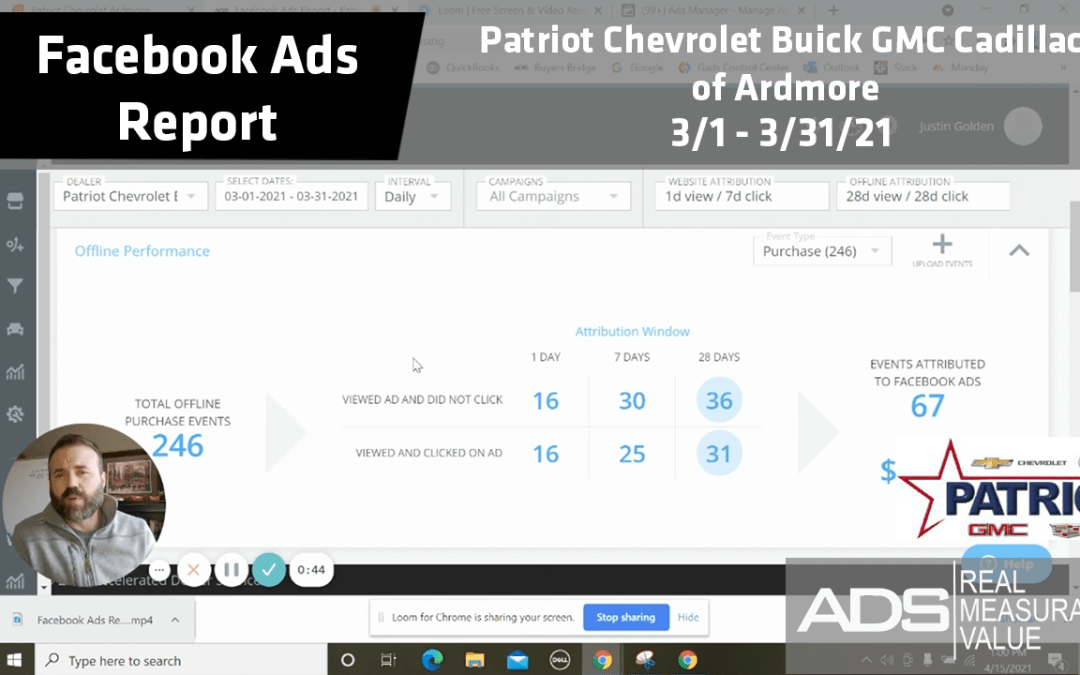 All right guys, time for your March update for Facebook Ads. We were waiting for some sold data to upload, which we finally got and we’re ready to talk about our leads and our conversion rate. So, ad spend came down quite a bit from last month, I think we spent closer to maybe $5000 or $6000 in the month of February. Under $4000 for the month of March, but our conversion rates stayed really high.

And our cost per lead actually went down from around $5 to $2.40–which produced 162 leads on Facebook. Those are Messenger ads and also form submission ads that have stayed on Facebook. So for all the people that interacted and saw and engaged with our ads on Facebook, we can attribute 67 sales to that at a cost per sale of $58. So, got a lot of momentum going into April, just that being spring time and tax return season and stimulus checks in people’s mailbox. It’s a good time to be advertising cars.

We’ve got to kind of feed the machine some new content so our ads don’t get fatigued. We don’t want to get too many impressions of the same ad in front of people. So, we have to change things up, which we’ve already started to do for April. If you have any questions about March or what we’re doing this month, just reach out, talk to you later.