Having Skin in the Game 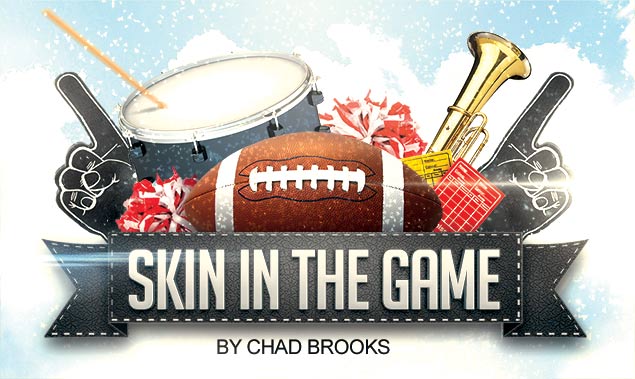 The aroma of bowl games is in the air. Can you smell it? I do. I love it.

“Having skin in the game” is an old American football metaphor. If you’re like me you’ve heard it a million times. Or you may have heard the equivalent, “When you have your own ass on the line”, or something to that effect, but I’m not so sure they’re talking about football with that second phrase.

Anyway, there’s a famous speech where Theodore Roosevelt uses that football metaphor where he says something like, “Any fool can sit on the sidelines and criticize, but when you are actually playing on the field and have skin in the game…”. I have no idea if Roosevelt was the first person who made this phrase famous or not, but I like the skin-in-the-game metaphor.

I think it’s catchy. It has a nice flow to it. To me it means that people actually step up and do what they are meant to be doing. I like it when people take a risk and go after something bigger than themselves, and don’t cower to fear and uncertainty.

Do you have skin in the game or are you playing it safe? I’d love to hear your thoughts.

Let’s start 2014 off with a winning marketing plan.