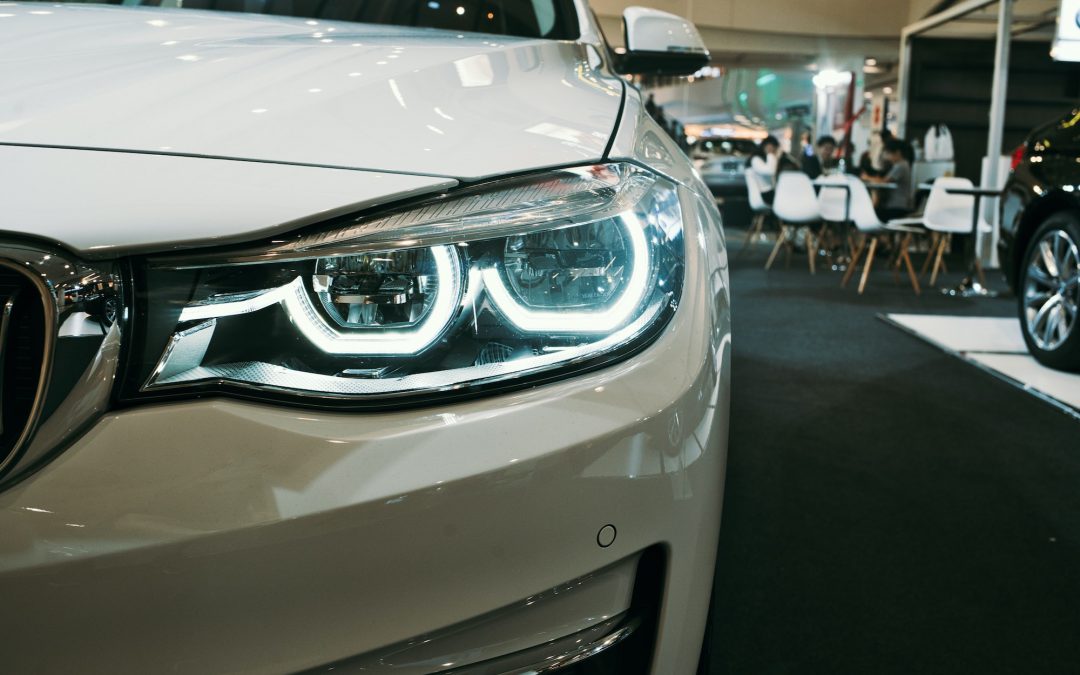 According to a recent Bloomberg article, 80,000 have already failed from April through July with many, many more in line. It’s tragic really. My heart goes out to not only those 80,000 business owners, but to the millions they employed, their families, friends and communities.

The truth is I was pretty close to despair myself. I’m probably not supposed to be that vulnerable, right? I mean, I own a digital agency, and my business is literally helping other people grow their business, so that means I should just throw all that under the rug and talk about how we survived and how you can “Grow your business like me,” right?

Wrong. I used to think that way for a long time. Not because that’s who I am by nature, but because that’s who I thought I had to be by narrative. Not just this example either, but there are so many social pressures that are put on people. No wonder why mental health and drug abuse are chronic issues in America.

I believe in just being me. Truth is that’s always been good enough, and it will continue to be good enough. So I will choose to tell the whole story. Even the parts that are scary, could open me to judgement or would make me look like a clown. I believe in real relationships with real human beings. If I wanted a pen pal, I’d put a letter in the mail. Otherwise, I’ll text you, but I’d much prefer to hug your neck or buy you a beer. Call it old school, but it works for me.

This post isn’t about me, though. It’s about the journey and what I’ve learned through this incredibly tough yet ridiculously fulfilling journey called 2020.

Business Losses Due to COVID

In April we lost 75% of our business overnight. We went from 28 Full time employees down to 9. I was pretty depressed. Oh, by the way, I was losing lots of money. Like a whole lot. Every month. That sucked bad. But, the worst part was having to lay off, furlough, fire, whatever you want to call it, 19 people who I really loved being on my team.

Moving on, we were in survival mode from April through July. That four months was like dog years times 2.5 which means it seemed like 3 years!!

But, I want to share some good news: Since August we are back!

I don’t mean the Sam Elinger University of Texas speak after their victory over Georgia in the Sugar Bowl when he declared, “We’re BAAAAAAAACK” only to go 8-5 last year. (sorry, as a die hard OU fan I couldn’t help myself). I also don’t mean that in an arrogant or irresponsible way, because the truth is nobody knows what the economy will look like in the next 3-18 months, who the president will be, how this stimulus will affect our economy and so many other economic unknowns.

Focused on the Fundamentals

Here’s what I mean: We are back to focusing on the fundamentals that work. For that reason we are seeing growth again. I know that sounds like an oversimplification, but there’s no simpler way I could put it.

Here’s how I know for sure that it will work no matter what happens in the market:

I started this company in Aug of 2007 at the beginning of the biggest economic downturn since the great depression. We help auto dealerships sell more cars using digital marketing. Back then we helped auto dealers sell more cars with direct mail. We went from a single guy with a notepad and a shared office space to a 10 million dollar a year business within 5 years. Then we grew to 15 million and then…..well more on that in future posts.

Here’s what I’m getting at. The reason why we had explosive growth in such a volatile industry, in a volatile time selling a one-time product that is the epitome of volatile comes down to two words: customer service.

That’s it! We sold the same products as everyone else. Bought from the same suppliers. Offered the same prices. It was a total commodity game we were playing, but we decided that there was one thing we could and we would do better than anyone else:

Bend over Backwards to Give Every Customer the Best Possible Service

That was it. That’s all we really did, and we were really, really good at it.

I didn’t know it until later on in my career, but we ended up building a 15MM direct mail company with only 11 employees. Colleagues in the industry have since told me that we were not only one of the biggest in our space, but that we were also performing at double the revenue per employee than even the second most efficient competitor. I had no idea until way later that either one of those were true. I was simply on a mission and laser focused. Okay,

That’s putting it lightly. I was completely obsessed with it.

Which turned out to be my demise as well. I was so good at everything in the business that I just did almost all of it myself. Other than the lower level admin stuff, I would do it all. For that reason, when I hit 15 million in revenue, I didn’t scale because I didn’t build systems.

Here’s why the story is kinda cool though: I know for sure that the best customer experience wins. Period. End of Story. Write it Down. Take a Picture. Cash the check.

But there’s one other important word that matters most when building a business that scales well and lasts for the long-haul: systems.

Focused on Systems That Scale

You see, I’m not a systems type. I’m a drop me in the middle of Cambodia with a cantina full of 12 ounces of water, and I’ll figure out not only how to get back to Oklahoma City. but will make friends in all continents along the way and do all kinds of cool deals with them. That’s my biggest contribution to my company. It’s effortless for me. Not in an egotistical way. It’s just how I’m wired. But, that produces a HUGE blind spot: Repeatability, Systems and Scale.

I’ve been reading a ton of books, podcasts, pier groups, networking and REALLY working on our systems and guess what: It’s working.

Our Philosophy of Business at ADS

So, here’s my philosophy in business:

That’s it. Not much more to it than that except one thing. I really suck at running a business. It only took me a decade, about a hundred million in revenue and going through more than 100 employees before I finally realized it. That’s okay though. Most people really suck at most things. I don’t mean that rudely. I just mean that as determined, driven and dedicated as I am, there’s only like 2 or 3 things max that I would say I am good enough to put my money on me over the field. So, if the founding CEO who’s insanely obsessed with this can only be trusted with the house money on 2 or 3 bets, why would I ever put more than 2 or 3 things on me, and why in the hell would I put more than that on anyone not named me?

I’ll tell you why: I’m obsessed with speed, failure, learning, and the win. In that order. And that makes me dangerous. Sometimes dangerous like I’ll literally just do everything and not lead, teach, systemize, design, recruit and scale, and sometimes dangerous like if you ever find yourself in Cambodia with nothing but clothes on your  back and 12 ounces of water, no worries. Hit me up. 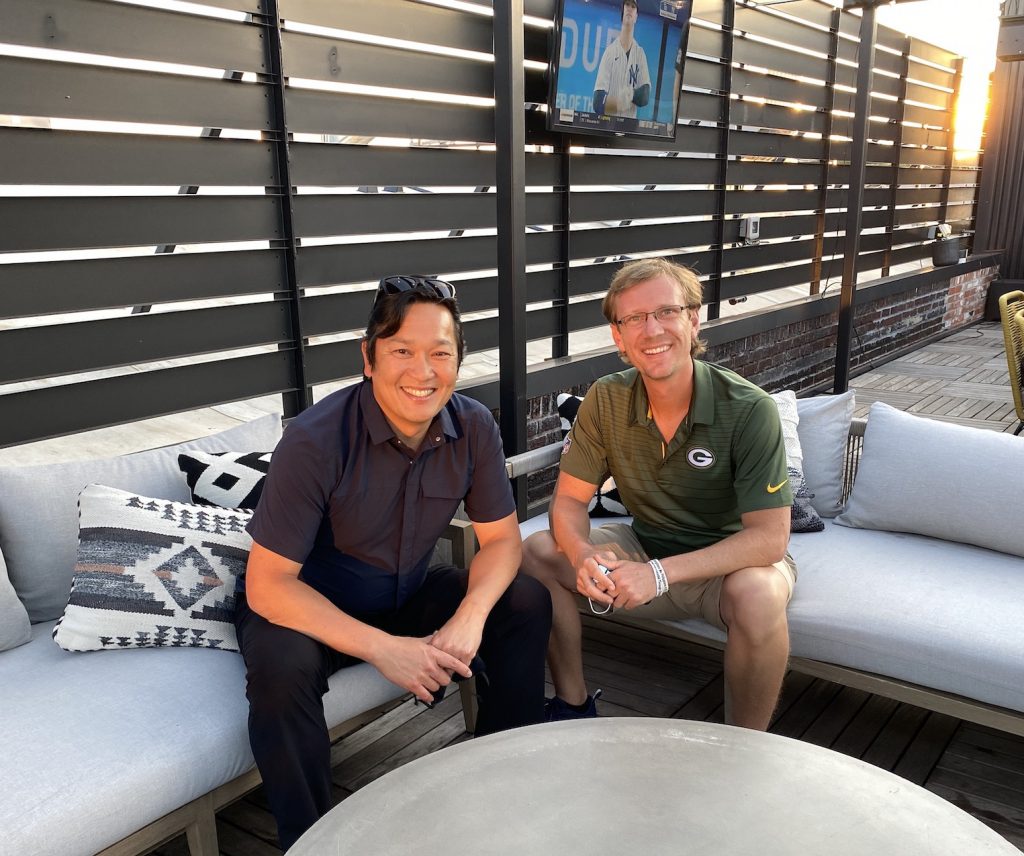 So here’s what I had to do:

Here’s what I’m going to do next:

Then, last but not least, I’m going to lean on the exact same team of people and say:

“Team. You’re all super badasses. Now that all that’s done, I need a favor. Help me deliver the absolute best WORLD CLASS experiences to every single customer we have along with any other person who’s even remotely exposed to our brand but with one caveat: Please make sure we build systems where this whole house of cards doesn’t revolve around me.”

The Way We Do Business at Accelerated Dealer Services

I believe that a business needs these things and nothing else:

And here’s the very best part: We have ALL of these! It only took me 13 years, but I suppose it’s better late than never. I know that my team can count on me to contribute 3 of these, and they know it, too. Humble brag, but there’s nobody better.

I also know that the other 5 aren’t my super powers. That’s why we’re a TEAM. I will have to let them lead, and they will do it like a boss.

The only thing we must guard against is me keeping all this trapped in my head.

After all, this ain’t Cambodia 🙂 But this is ADS, and if you’re looking for a partner who will bring real, measurable, value to your team that you can count on with a team of people who care about your results, give us a call and see how we can help your dealership sell more cars.