Nobody Wants To Burn Their Ship 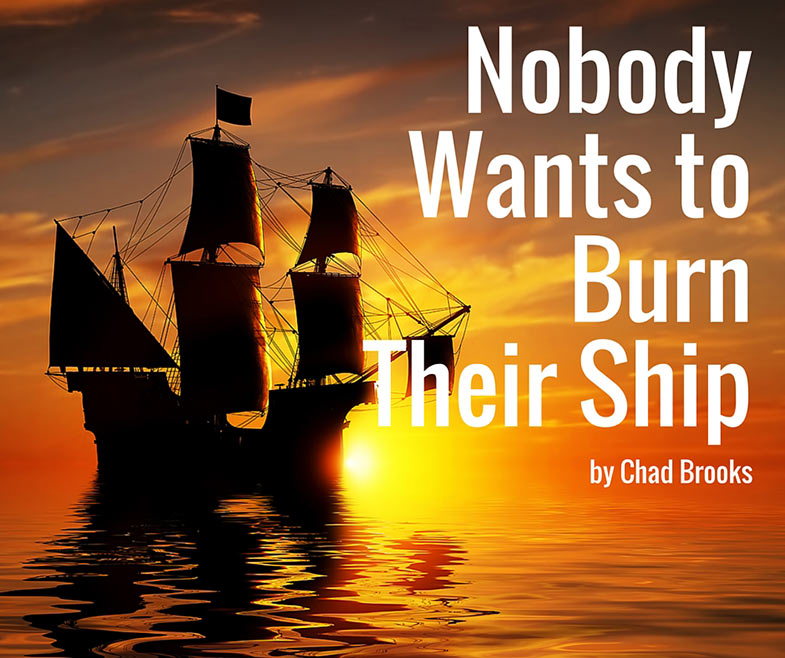 It was the Spring of 1519, where a Spanish fleet set sail, Cortez, the famous Conquistador told his sailors this mission must not fail. There on the eastern shore of Mexico, they landed with great dreams, but the hardships and trials of the new world made them restless and weak.

Quietly the sailors whispered, “Let’s sail back to the life we knew.” But Cortez, who led them there, said, “Burn the ships we’re here to stay, we’ve passed the point of no return!“

For Cortez, it was either forward, or die.

“Forward or die” is a pretty admirable business plan even for non-Conquistadors, and for people in the car business, it’s a requirement.

But be careful, not everybody wants to burn the ships.

Not everybody who talks the talk can walk the walk.

It’s okay to be one of those people; it’s just not very rewarding.

Everybody wants to be Cortez, but very few will burn their ships.