The Goal of Goals 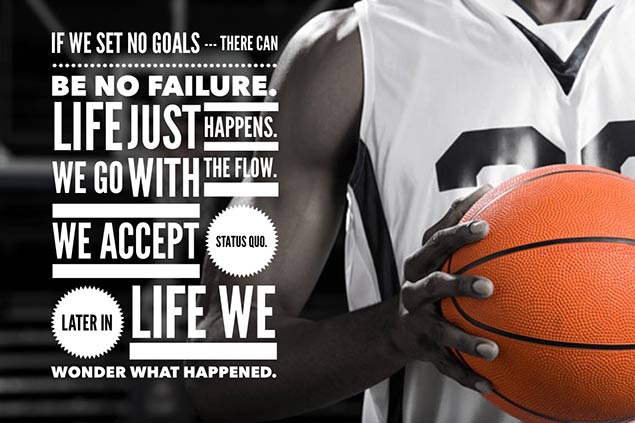 One of my favorite Michael Jordan – Nike commercials is a 30-second spot of Jordan getting out of his car, walking past photographers, and going out a door. There’s no flash and no game winning shot. It’s just Michael … and then you hear his voice.

“I’ve missed more than 9,000 shots in my career. I’ve lost almost 300 games. Twenty-six times, I’ve been trusted to take the game winning shot and missed. I’ve failed over and over and over again in my life. And that is why I succeed.”

I believe success is easier to define for athletes. There is a very distinct goal that an athlete is shooting for, whether it is to win the game, a championship, or a medal. Michael Jordan always stated that his goal was to be the best basketball player to ever play the game. He measured that goal by winning six NBA Championships, five NBA MVP awards, six NBA Finals MVP awards, and countless scoring titles.

For us mere mortals, car guys, business owners, and marketing managers, this is where we must start: we must have a simple goal.

Michael Jordan knew when he failed, because he knew what his goal was. If we set no goals, there can be no failure. If there is no failure, we do not grow. Life just happens. We accept mediocrity. We just go with the flow. We become the status quo. We fear failure.

As car guys, we can easily identify with the Moneyball of car dealerships. It’s to sell cars  something I’m committed to helping you achieve. There are always worthwhile goals, personal and professional that require our passion, determination, and soul searching to achieve. What are your goals?