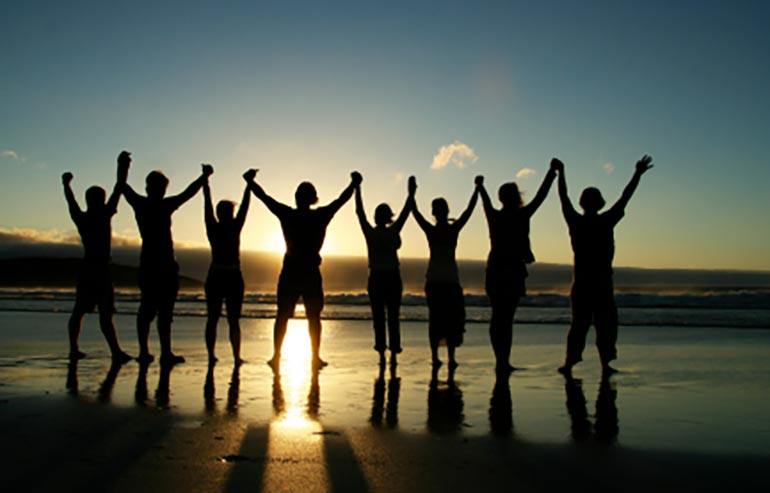 If you’re like most car marketers, you’re already clued into the “Millennial” generation (born 1976-1994). The Millennial generation, also known as “Generation Y”, are the children of Baby Boomers and are between 20-to-37 years of age. They have been called “the most researched generation in history.”

But today I have the honor of introducing a new generation to our marketing world Generation Z, many of them are your sons and daughters. Gen Z might still be under the legal drinking age, but they’re quickly coming into their own and car marketers need to take notice. They have their own set of terms when it comes to consumption, influence, and spending power. And like all new generations, their behaviors will soon be shaping the status quo and how we connect with them.

Generation Z are not buying cars yet, but it won’t be long before they are and it’s good for us automotive marketers to be ahead of the curve and ready to meet the needs and desires for a generation that comprises more than a quarter of the U.S. population! Things change faster than anyone realizes, and they rarely go back.

It is no surprise but Generation Z knows how to self-educate and find information. Most of them are younger than Google, which launched in 1996. They have never known a world without the Internet, cell phones, or iPods. Currently 33% watch lessons online, 20% read textbooks on tablets, 32% work with classmates online, and get this, 52% use YouTube or social media for typical research assignments.

Generation Z is mature, self-directed, driven, and resourceful. Having watched their baby-booming parents struggle up work ladders, they plan to put their expertise into practice as early as possible. They are technologically savvy and just as likely to spend their time programming games and apps as simply playing them. Like Nick D’Aloisio, 18, who taught himself to code at 12 and created the news app Summly at 15, which he sold to Yahoo for $30 million last year.

See Themselves as the Solution

Generation Z also wants to make a difference in the world. For their entire lives, they’ve heard about the dangers of global warming, been subject to terror alerts, watched their parents experience economic hardships. As a result, they’re growing up fast and developing sensitivities beyond their years. They want to work for success while Millennials want to be discovered. Sixty percent of Gen Z want their jobs to impact the world. There are 26% of 16-to-19 year olds who currently volunteer, and 76% are concerned about humanity’s impact on the planet.

The average American attention span is short at only 8 seconds, and Generation Z is no exception. They are accustomed to auto-correct and emoticons. They like to communicate with images compared to Millennials who prefer text. They also prefer an average of 5 screens for multi-tasking (TV, phone, laptop, desktop, iPod, or other music player) compared to only two screens for Millennials.

Gen Z is going to have little interest in being confined to a desk 40 hours a week. Instead, they’ll view themselves as professional freelancers. They’ll swoop in with their particular expertise, (and they’ll all be an expert at something) solve problems and be off to the next project.

They’ll be smart, smarter than any other generation, and they will be team players. Gen Z is training itself to hand more complicated tasks and process massive amounts of information, and doing it quickly.

Consider 41% of Gen Z spends 3+ hours a day on computers for non-school work related activities. They like their privacy and prefer incognito media platforms such as Snapchat (There are 350 million photographs uploaded to Facebook a day and 400 million uploaded to Snapchat a day), Secret, and Whisper. Over 25% of 13-to-17 year olds left Facebook in 2014, just when you thought everyone was using Facebook!

The Future of Marketing

This generation knows the ins and outs of the Internet and shopping online. They are ambitious about their work and our future automotive business depends on understanding how to reach them.

I believe there are eight rules to marketing beyond Millennials:

At ADS we realize marketing is always changing and we want to be agile and ready for any change. We have been hard at work creating a state-of-the-art automotive digital marketing service that not only complements our automotive direct mail services, but meets the new marketing demands. We are just now beginning to roll out a beta version of our Digital Marketing Services to a select few dealers who are willing to help us. If you want to be considered as one of our early adopters,